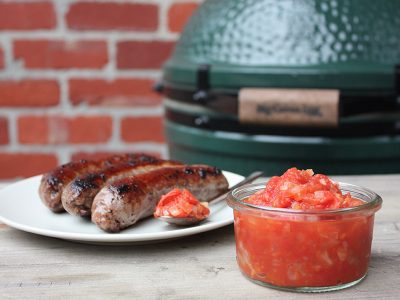 1 tsp sherry vinegar (or to taste)

1 x woodchip of your choice (we used pecan)

Set your Big Green Egg up for direct cooking (no ConvEGGtor) at a temperature of around 170-180 degrees Celsius (350 Fahrenheit). Keep the woodchip aside for now –we’ll add that later so we can better control the level of smoke that goes into the relish.

Place the shallots directly on the grill and cook them until slightly charred on the outside and completely soft in the middle. This should take around 20 minutes. Set aside to cool.

While the shallots are cooking, cut the tomatoes in half and remove the cores, and place them cut-side up into a baking tray. Roma tomatoes work well for this recipe, however you can use any variety you like.

Remove the shallots from the Big Green Egg once they’re cooked through and set aside to cool. Quickly –so you don’t lose too much heat –lift the grill and add the woodchip to the coals. Replace the grill and close the lid and allow the woodchip to light and smoke –about five minutes. Then, add the tray of tomatoes to the Big Green Egg and cook until soft and smoky, around 20-25 minutes. Set aside to cool.

Once the tomatoes and shallots are cooked and cooled, squeeze both out of their skins and chop the flesh into dice –how small will depend on how chunky you want the relish to be, but the end result will be better if the shallots are diced finer than the tomatoes.

Mix the shallots and tomatoes together in a mixing bowl with a teaspoon each of olive oil and sherry vinegar. Taste as you go –you might find you need more or less of either based on your preferences and the acidity of the tomatoes. Once you’re happy with the balance, season with salt (salt can be used to counter any bitterness from the smoke, too) and pepper and transfer into a jar.

This recipe can easily be modified depending on your personal tastes and preferences. For an Italian spin, try adding herbs like basil or rosemary to the tomatoes while they cook. Add mustard seeds, spices and other vegetables like chargrilled eggplant for a Middle Eastern spin. To take it to Mexico, try adding jalapenos to the grill alongside the shallots, then mix the relish with coriander and lime juice.

This relish will keep for about a week in the fridge –longer if you sterilise your jar (https://www.taste.com.au/articles/how-to-sterilise-jars/rzsflwlt) –although we suspect you’ll get through it a lot faster than that!

Signup to our Newsletter: 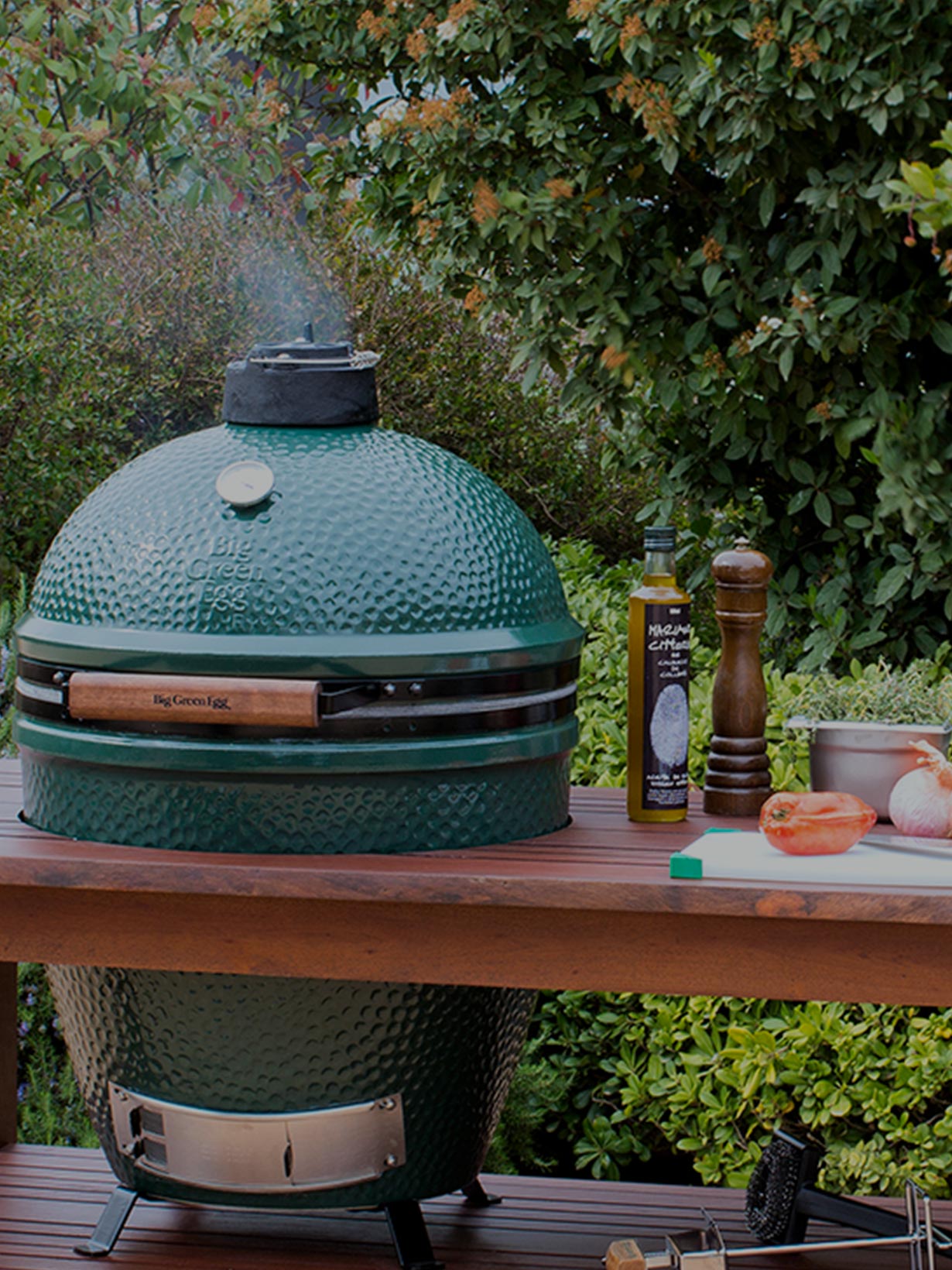 Straight to your inbox!

Your email address will not be published
Required fields marked *